Virtual Reality : The Next Big Revolution in Education 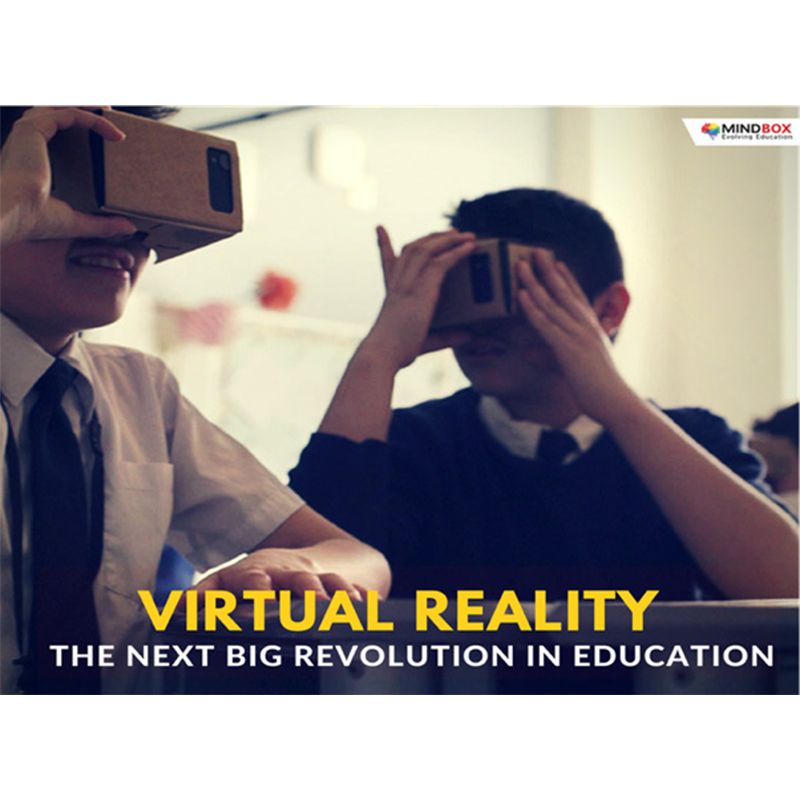 As we move into a world of 3D where people can interact with virtual figures, it’s almost certain that the world of virtual reality is fast becoming a viable medium for visualization. Being one of the hottest topics in tech right now, the potential for virtual reality has stretched from film, TV, and games to healthcare, retail, and many more industries. And education seems to be the next big frontier for virtual reality to enter.

Virtual reality uses computer generated content to simulate images or content in life size and multi-dimensional. So, it allows interaction with simulated content through the use of special electronic equipment such as the VR Headsets and sensors creating a realistic model of a situation.

Over the past couple of years, there have been major strives by technology providers to virtual reality products specifically for the education sector. For example, Google developed a Google Expeditions app which uses Google cardboard to create VR field trips where teachers can take their students on educational adventures in the classroom itself.

The traditional approach to education hasn’t changed much over the years. Students are expected to learn through assimilation without much scope for an immersive or experiential learning. However virtual reality would transform the way education is being imparted to students.

The following reasons why virtual reality should be used in classrooms:

• 3D interaction with objects can help students understand difficult theoretical concepts through a visual representation of those topics.

• It would allow students to explore places all over the world without leaving the classroom.

• Virtual reality technology would also allow students to visualize history and past events by giving them a realistic depiction of those events actually happened rather than making them simply read from a textbook.

• It would allow students to look at situations from different perspectives by giving them a multi-dimensional insight into a given problem.

• Build spatial skills in students by giving them an accurate depiction dimensions of objects. This would help students understand practical concepts like distance and angle better.

The interactive and immersive experience accorded by virtual reality technology and the ability of VR to facilitate realistic learning activities has the potential to radically revolutionize the education sector with its increasing adoption.