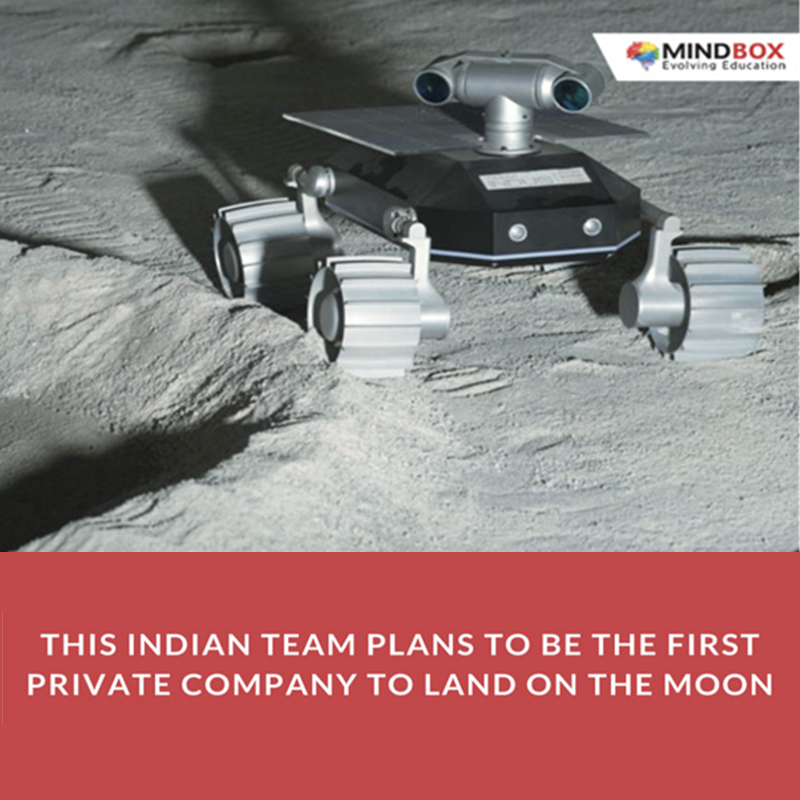 Basically, in this, privately owned teams have to design their own space jets in order to participate and compete with other teams. The team which will land on the moon first wins! Simple. Is it?

The Google Lunar XPRIZE which is also called as “Moon 2.0” was announced on 13 September 2007. In 2015, XPRIZE announced that the competition deadline would be extended to December 2017 if at least one team could secure a verified launch contract by 31 December 2015. And the deadline was extended. So out of 29 teams from 19 different countries, only 4 teams could get through the test for landing system, out of which Team Indus is also a part.

Team Indus is a for-profit organization which has its headquarters located in Bangalore, India. This team is led by Rahul Narayan, an IT professional. Now basically, this is more than a competition. Any team who lands first also has to perform certain tasks. The spacecraft will complete two orbits around our planet before initiating a propulsive maneuver that will propel it toward the moon. An insertion burn will place the spacecraft into lunar orbit where it will travel to the moon three to four times before beginning the most complicated part of its mission: descent to the surface.

After landing on the moon successfully, it has to travel 500m and transmit back high definition images and videos.

Specifically, TeamIndus will ride on the Indian Space Research Organization’s PSLV rocket, a vehicle with a solid history of reliability. In June, PSLV completed its 35th consecutive successful mission.

The company had bit of a late start in the competition, joining three years after the Google Lunar X-Prize was announced. But today, TeamIndus employs over 100 people, was one of three teams to win X-Prize’s $1 million milestone award for lunar lander technology, and is on their way to raising upwards of $10 million.

Rahul Narayan explained that their situation is a bit different than other X-Prize competitors. While other teams have signed launch contracts with private rocket companies, TeamIndus will be flying with a government owned and operated rocket.

The most important, the winner gets a cash prize of US$ 20 million, and the second winner will receive 5 million. Other bonus prize includes technical bonuses and diversity award. $4 million and $1 million respectively.

TeamIndus is the only Indian team competing for the Google Lunar XPRIZE. The $30M Google Lunar XPRIZE is a global competition to challenge and inspire engineers and entrepreneurs to develop low-cost methods of robotic space exploration.