These Primary School Kids Code And Sell Their Own Computer Games 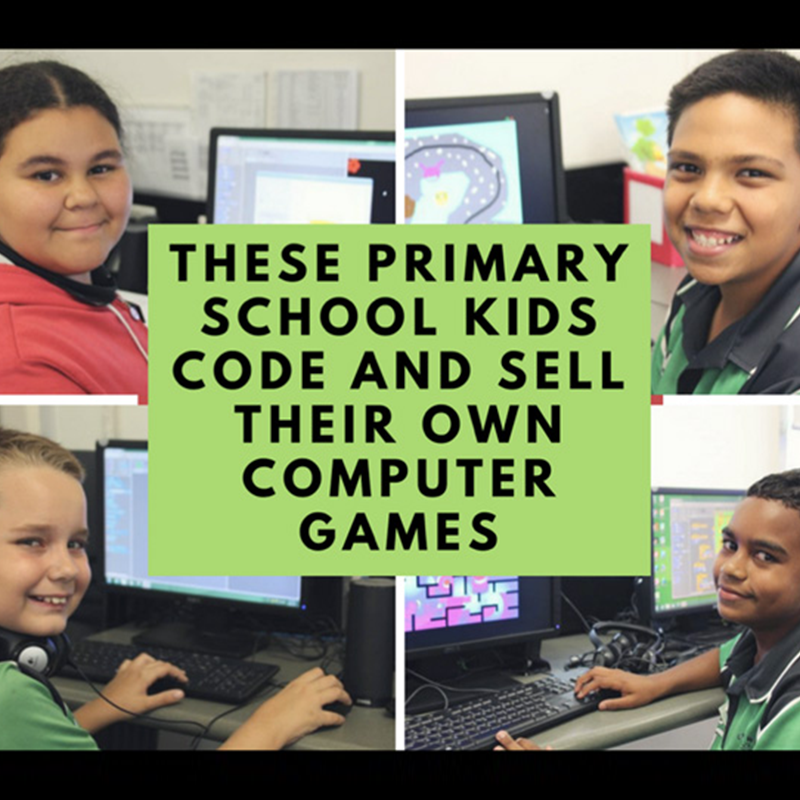 In Australia, a group of Year 6 students are learning skills that could help them become the Mark Zuckerbergs of the future.

These School students are building their own computer games from scratch, as part of an entrepreneurship class.

In the Club Kidpreneur program, the kids have to come up with an idea, develop and code their games, and then market and sell them to their school community.

“Our company name is Starlight Gaming. It’s where this UFO star goes to different planets,” said Lily, one of the kidpreneurs.

Getting ready for what lies ahead, around three-quarters of the students at Cairns West State School are Indigenous, and another 10percentt are refugees. Only a very small number of the school’s 700 students have a computer with internet access at home. Year 6 teacher Michael Thomas said “the program provided opportunities across the entire curriculum. The children were learning literacy and numeracy skills, as well as science and technology”.

“It’s sort of like Pacman 2 and when you reach the finish line you go to the next level, and it’s a lot of programming to do,” River said. Other programs in the making involve traveling through outer space, Pac-Man style games, and one about a bee trying to collect honey.

“The game’s called The Maze. You can’t touch the lines or you’ll restart and if you get to the end you can get to the next level,” Jahkiel said.

“It’s about this bee who’s lost all his honey, he’s trying to collect more but this squirrel is stopping him, throwing his nuts at him,” Destiny said, describing her game.

The program runs nationally, with a competition held at the end of each year in which the kidpreneurs pitch the products they have invented.

The number of the kids had continued to run their businesses even after the classroom program had ended.

Oscar, who wants to be a game designer when he finishes school, is making a game called The Mysterious Cave. Because it absolutely an evidence that the kids are engaged and that the students feel empowered.” The students at Cairns West State School even tried selling their games to their school community at an event held in August.