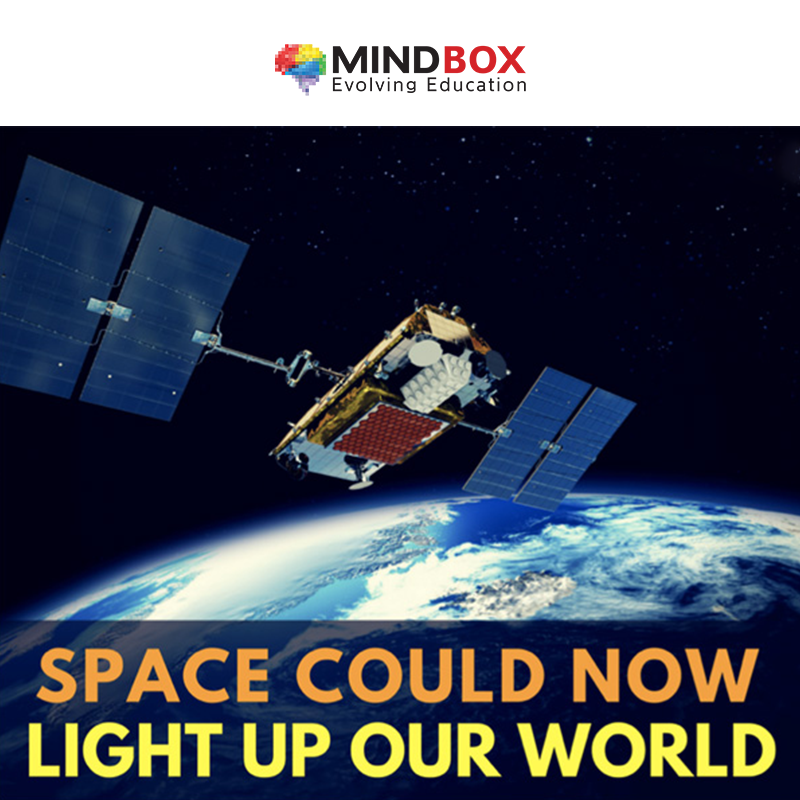 Who could imagine that there would be a day when we could use space to provide light to the entire earth? Well, thanks to NASA, now we can…

NASA has announced it will test a new flexible solar panel on the International Space Station which can be used as part of a system to capture solar power in space for use on earth. Might sound fantastic, but power generated in space may not be that far away.

But why was such an initiative done at the first place? According to many research studies, every hour more solar energy reaches the earth than humans use in a year. About 30% of this energy is reflected back into space by the atmosphere going totally unutilized. Also, since clouds, atmosphere and night time are absent in space, satellite based solar panels would be able to transmit way more energy than terrestrial solar panels.

The solar panel would work by self-assembling the satellites which are launched into space along with reflectors and a microwave or laser power transmitter. Reflectors or inflatable mirrors which are spread over a vast swath of space direct solar radiation onto solar panels.

The panels will then convert solar power into a microwave or laser, and the beam sends uninterrupted power down to the earth. On earth, the power receiving stations will collect the beam and add it to the electric grid.

While the microwave transmitting satellites are more steady with uninterrupted transmission and can provide up to 1GW energywhich would be enough to provide power to an entire city.

In contrast, the laser satellite can provide a power of 1 to 10MW per satellite. However, they’re less costly and weigh much less which makes them easier to launch.

As the world is expanding, and human population growing, devising ways to tap unutilized resources to meet the needs of different people is extremely important. More such technological innovation and initiatives should be undertaken to meet the ever-growing requirements of mankind.