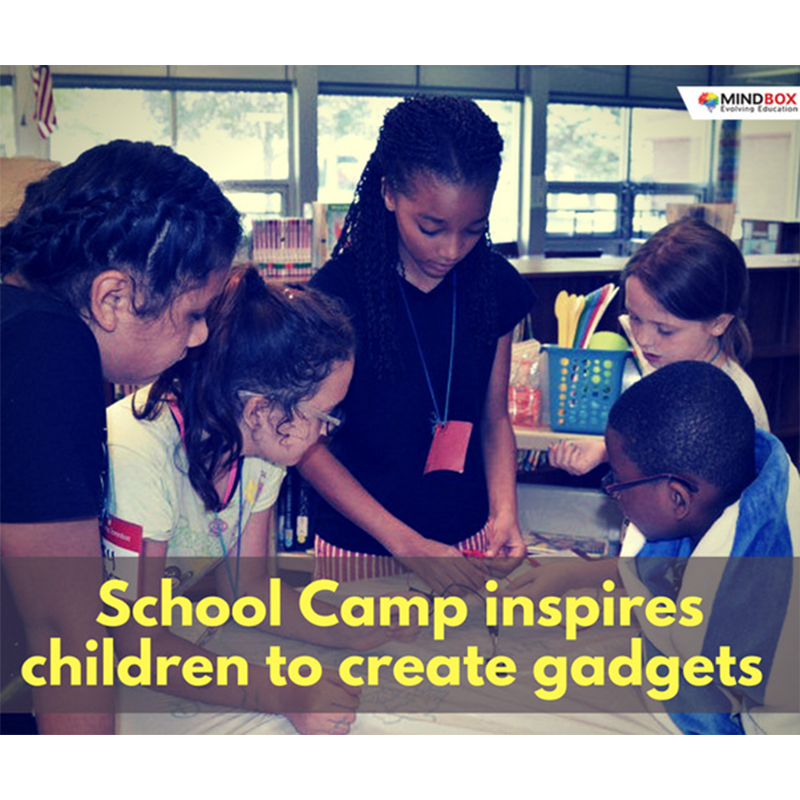 We’re living in an age where the emphasis is on innovation and creativity. Every day there are new products and ideas which emerge and develop.Technology is reinventing itself and people are realizing the importance of “out of the box thinking”. It has now become the need of the hour to train the younger generation to use existing products and create something new and different.

In Danville there was one such camp launched by Mark Denman Elementary School last week, to inspire creativity and inventive thinking in sixth-grade students. Another such initiative called Project Invention was held for seventh and eighth graders around the same time.

The activity was conducted in the elementary school’s library where school children had to create a new gadget from old and broken technological equipment. Different groups of students were given different activities to do.

The following were the activities offered in the camp:

Duct Tape Billionaire: Campers design and construct accessories from duct tape and explore patents, hear how to launch a business and present their products to mock investors.

Mission Space Maker: Children go on a mission to locate and prepare a new planet for human habitation. Teams are challenged to design inventions that transform the atmosphere, terrain, and ecosystem of an exoplanet. They set up a space lab to hatch eggs and grow crystal trees, take on the jobs of tomorrow and explore beyond the galaxy.

Have A Blast: In this activity, children used tools like snowball throwers, air cannons and other equipment to build a high-tech Bubble Blaster with flashing lights.

Operation Keep Out: Children create the ultimate spy gadget alarm box to keep treasures secure. They must decode a note written in invisible ink to find a missing tool, use spy glasses to catch a toy thief and discover that both spies and engineers write in secret codes.

Fourth-grader Wisdom Lipscomb said her favourite activity so far during the camp was Duct Tape Billionaire in which she had to a bag from a duct tape and then sell it for a profit.

Fifteen leadership mentors, who were DHS students or recent graduates, also helped facilitate the activities at Camp Invention for the younger campers.The camp here Invention ended on Friday where children showcased their projects they made in during the camp.