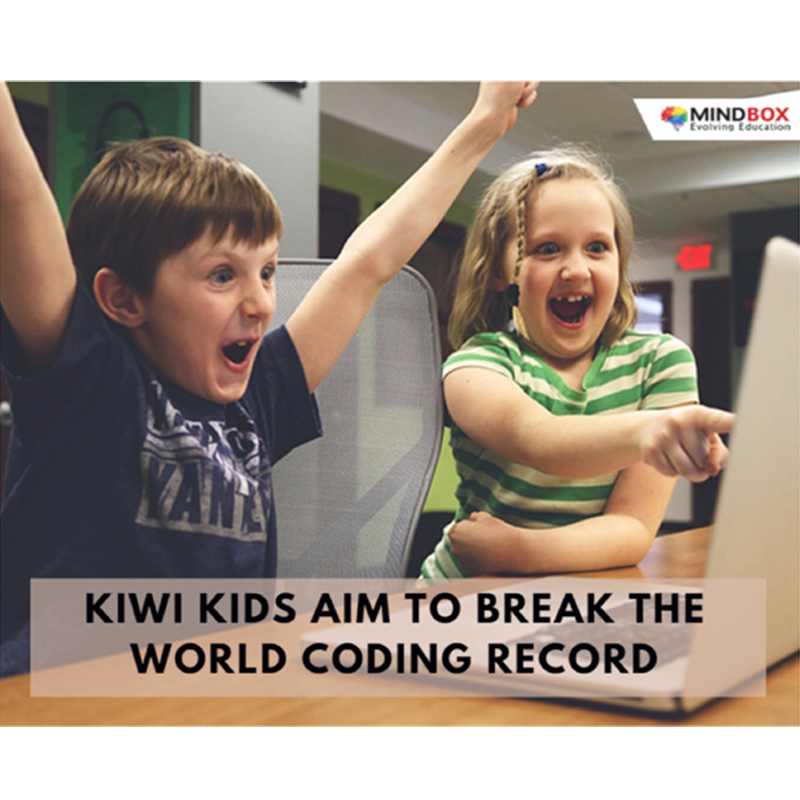 As computer education is spreading and making computer programs becoming an essential skill for students, there have been various initiatives to push students into the same. However, now children have taken the responsibility upon themselves to promote the art of computer coding. School children all over New Zealand on 15th August were a part of a world record setting event to get the most kids around the world to do coding in a time frame of 24 hours.

Moonhack is a global event, officiated by Record Setter, to set a world record to get the most kids coding in a 24-hour period. Kiwi school students lead the way to get kids coding all over the globe for Moonhack.

It was launched by Code Club Australia last year with the world record being set by more than 10,000 students. However, this year it has gone global with students participating from all over the world.

Woodford House is one of the local schools participating and Year 7 and 8 dean Lynn McKenna said there were 65 students using the Scratch visual programming language, which uses computer coding to create animations.

For the past two years, the school has run a Code Club for all Australian students with the help of Information Technology specialist Andrew Norris and assistance from Code Club Aotearoa.

“Woodford House recognizes the importance of coding and the valuable skills that come with it, such as thinking critically and creatively and being able to solve problems. Our Year 7 and 8 students have been learning coding during class time, which helps them to expand on their digital literacy – an essential skill in today’s world”, said Andrew Norr. s.

Ms McKenna said this challenge was an opportunity for the girls to enhance their computational thinking and grasp a better understanding of how to programme computer apps.

“The girls are very excited to be part of a world record. The challenge will enable the girls to connect globally with other coders in an authentic record breaking attempt”, said Ms. McKenna.

Code Club Aotearoa general manager Michael Trengrove said Code Club was helping New Zealand reach its digital potential by encouraging children to combine their imaginations with an understanding of programming, empowering the next generation to take their incredible inventions to the world.

“We have been blown away by the interest from teachers and school leaders in New Zealand to use the event as a step closer to the new normal – digital technologies as part of everyday life in New Zealand primary schools. More than 23,000 school children from 24 countries have signed up for Moonhack so far and New Zealand has nearly 4000 students all around the country taking part with some entire schools involved”, said Mr. Trengrove.

Code Club Aotearoa is a part of the greater Code Club World movement and is now partnered with The Raspberry Pi Foundation enabling them to leverage a global network of high-quality learn-to-code resources.