17 Year Old Boy Builds A Robot To Guard Our Borders 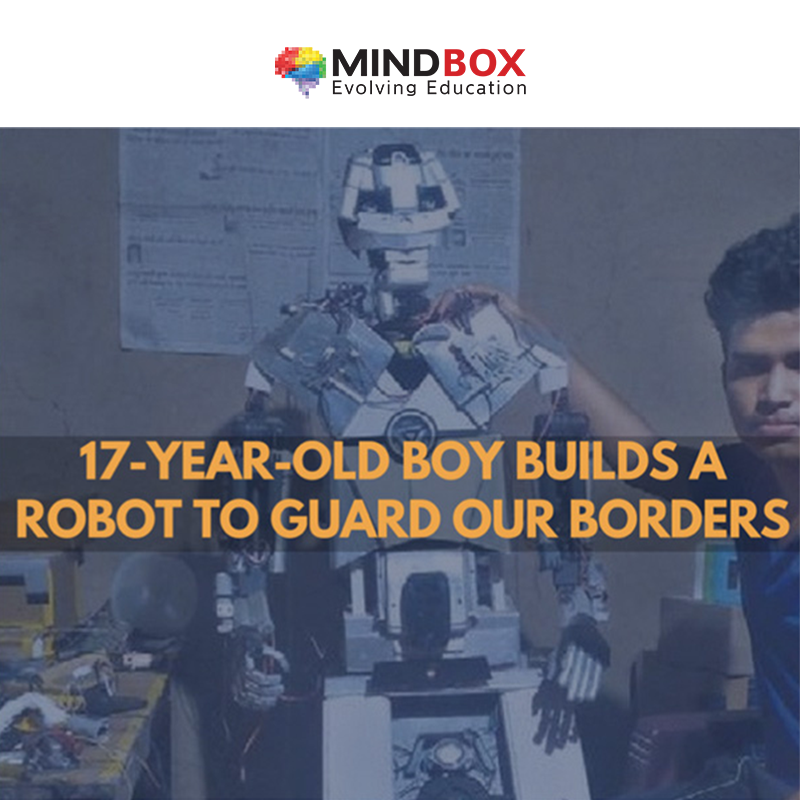 We’re living in a country which is striving towards innovation and advancement in technology. And the youth of our country have become the key drivers for innovation. Recently, we’ve witnessed another great innovation by a teenager.

A 17-year-old boy from Odisha has created a robot that can take the place of human soldiers in guarding our borders. With robotic soldiers posted at the borders, Neelmadhab Behera’s invention has the potential to save innumerable human lives.

This boy from Balasore claims to have built a humanoid robot which, based on artificial intelligence algorithms, can guard the borders. Apart from defense, the robot, named ‘Atom 3.7’, can be used in various fields such as entertainment, education, manufacturing, and domestic services. It functions as per the orders given to it.

A 12th-grade student at Talanagar Junior College, Neelamadhab began his work on the robot last January. It took him almost one year to build the robot, and the entire project’s expenditure was nearly Rs 4 lakh. The height of the robot is 4.7 feet and it weighs almost 30 kg. With 14 sensors and five controls, the robot works on basic programming.

Neelamadhab has had a keen interest in science since childhood and was always attracted towards science-related toys. His first science project was in the third grade, whereas his first attempt to build a robot was in the sixth grade. Though he was not successful in his first attempt, he was determined to develop a robot.

Although his father was initially skeptical of his idea, Neelamadhab was undeterred and continued to expand his knowledge with the help of the internet. Observing his hard work and convinced of his ability, Neel madhab’s father eventually even extended financial support.

According to him, more money needs to be invested in the project to be able to utilize the robot to its full potential. He wants to pursue higher education in the field of robotics and build drones for women’s safety in the future.